Beyond Snack, an authentic Kerala banana chips brand had a successful stint on Shark Tank India (Season 1, Episode 8) and is a well-loved product across the country.

Follow along the journey of the founder, Manas Madhu, from the conceptualization to becoming a nationwide name. Read on to know how your cultural enterprise can learn from their experience to establish a brand name. 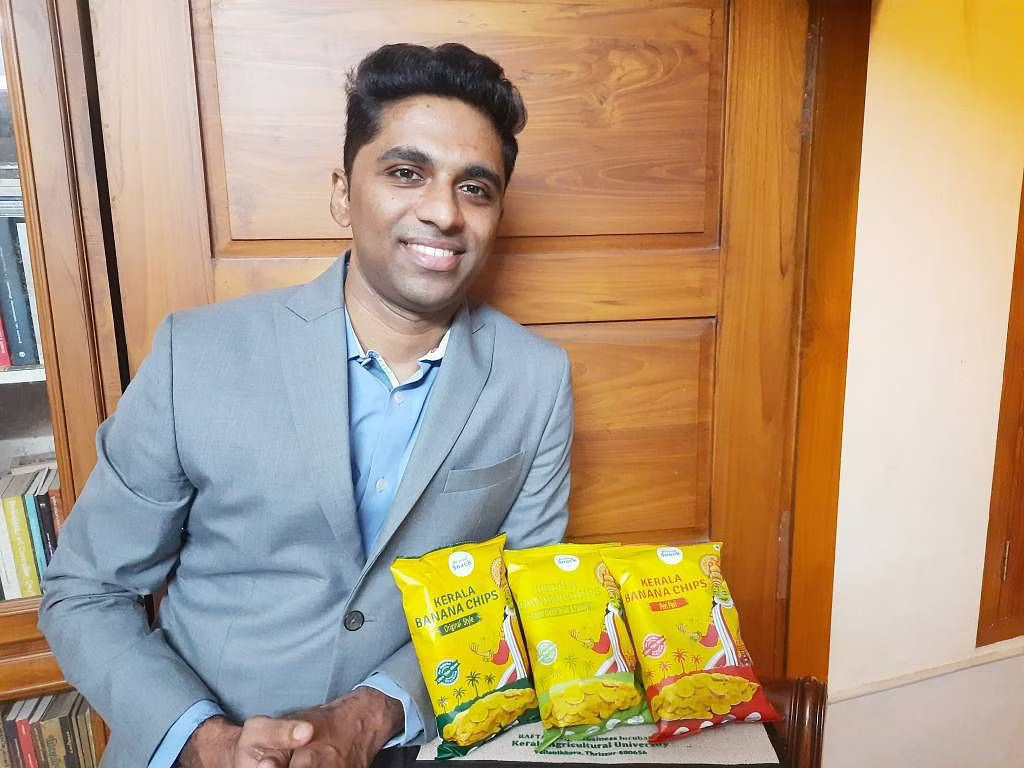 Beyond Potato Chips – How Beyond Snack was Born

Beyond Snack did not start in one day, and my journey was more of an evolution. After I completed my MBA in 2013, I wanted to start something of my own. While exploring different ideas, I read an article in the newspaper about the value addition of fruits, which involves taking a raw commodity and changing its form to produce a high-quality end product, resulting in waste reduction. As I researched further, I narrowed in on a jackfruit-based product and decided to launch it. However, the hard truth was that the product did not taste good. In an Indian market, if the taste falls flat, the product won’t sell, regardless of the health benefit provided.

One day when I went to pay my bill at a restaurant, I saw a stack of different chips. Since I was also working on jackfruit chips at the time, I decided to buy a pack and started eating it on the way. Just a few hours later, my stomach felt extremely uneasy due to the quality and hygiene of the product.

Later that night, I wondered why there was no organized seller of jackfruit or banana chips in contrast to the wide availability of potato chips. I noticed that even nachos, a product that is not palatable to the Indian audience, has an established presence, but our regional products take a backseat. Through that sleepless night, I realized that this was an avenue I could work on.

I began to speak to multiple chip manufacturing facilities in Kerala and noted what was lacking. Through our conversations, I noted the three major aspects that were lacking:

After looking around and finding no other products in the market, I decided that this would be a good opportunity. With the help of a couple of friends working in food product development in MNCs and a food scientist, we slowly and steadily started producing jackfruit and banana chips. We noticed that the latter gave a better return on investment. Due to the unavailability of organized farming, Jackfruit is a more challenging crop. We then decided to put our limited resources into producing banana chips. 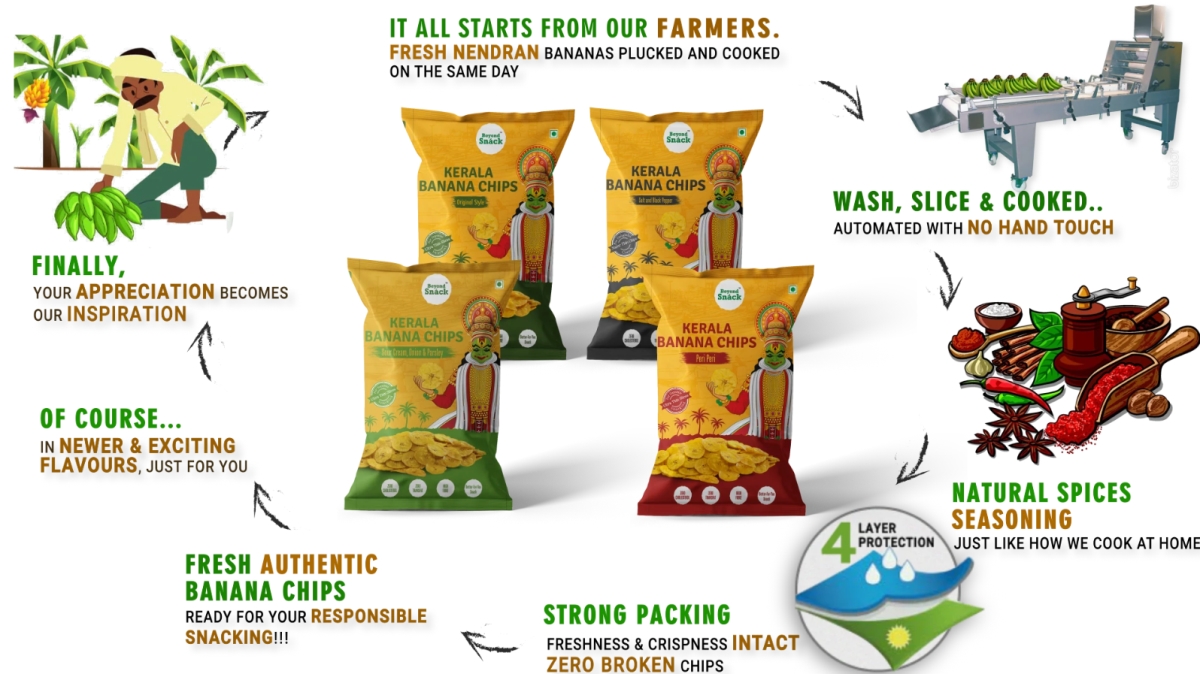 Beyond the Customary Consumer – Finding a Target Demographic

The South Indian Market for banana chips is a competitive one due to the high availability of local sellers, making it difficult to match their prices. A banana chips seller can also make ten other fried items in the same pan, resulting in efficient cost control. Thus we decided to avoid South India in our initial days and focus our sales in a different region. This would help us build a brand on that turf and become the frontrunner. We saw that a majority of our sales came from Mumbai. Now our demographic is spread across all metro cities in India, with a chunk of our buyers concentrated in North India. 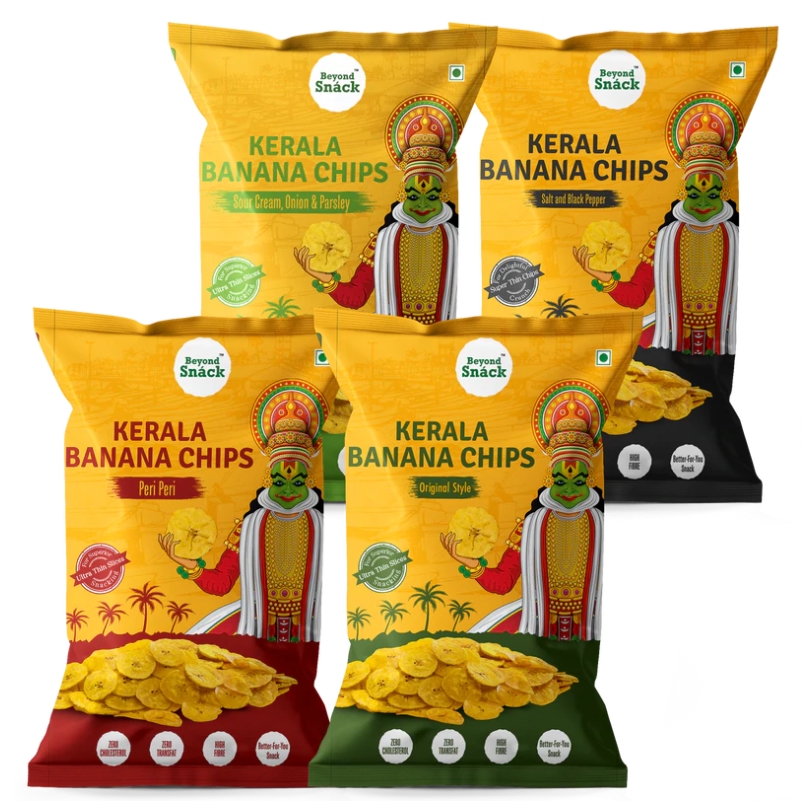 Shark Tank is a brilliant platform for any startup. Going into the experience, I underestimated the potential of Shark Tank. It gave us a phenomenal marketing boost. All of a sudden, millions of people across the country were aware that there was a brand named Beyond Snack in India and could get their products from Amazon or Flipkart. Shark Tank gave us that trigger to a potential consumer who could pick up their mobile and start searching for us. 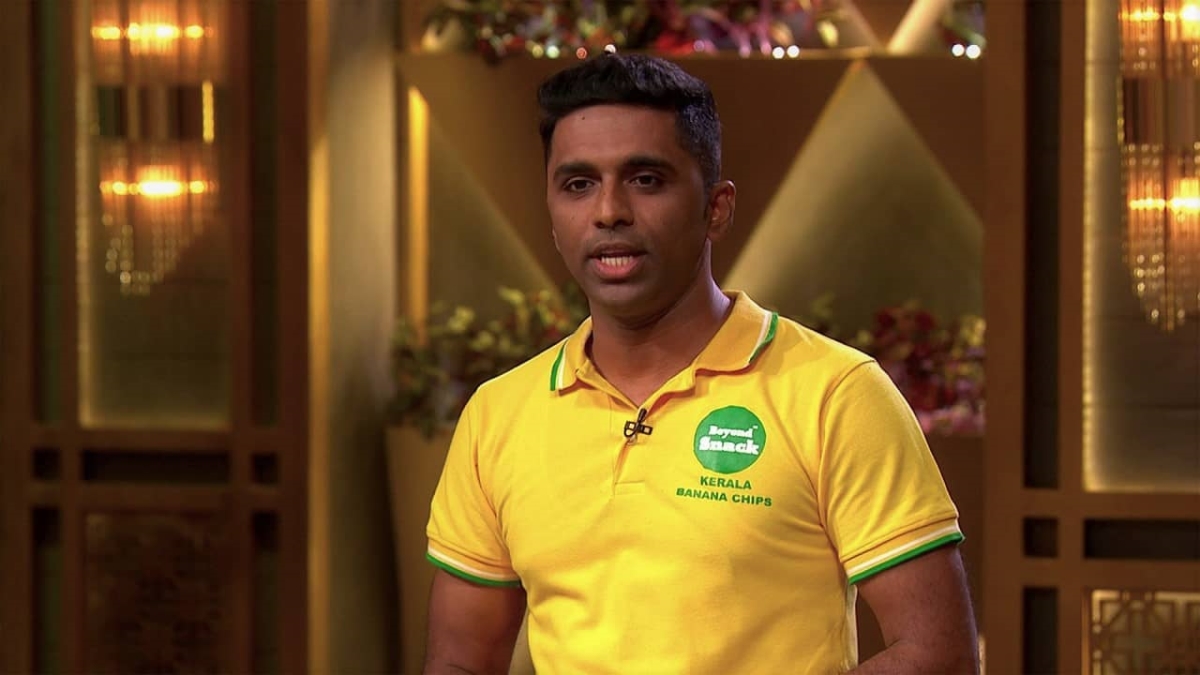 The content broadcasted on TV is just 10% of what happens. The Shark Tank process started with a registration link. Being an avid follower of Shark Tank USA, I eagerly applied when I saw the ad for the arrival of Shark Tank India in the Economic Times.

Two weeks later, someone from the team reached out to us and asked us more questions to discern whether our company was a legitimate business with the potential to grow. This was followed by three rounds of interviews and a financial due diligence process. Following this was a regional audition, where we were asked to present our concept in front of a business team and content team, who decided if this was a startup that could gain a lot of eyeballs for a better TRP. The final shoot was in Goregaon film city, Mumbai, and took place over three days. The entire pitch was filmed in one shot, starting with the walk through the tunnel to the judges. My entire pitch was 1 hour 15 minutes, and about 10 minutes was broadcast. 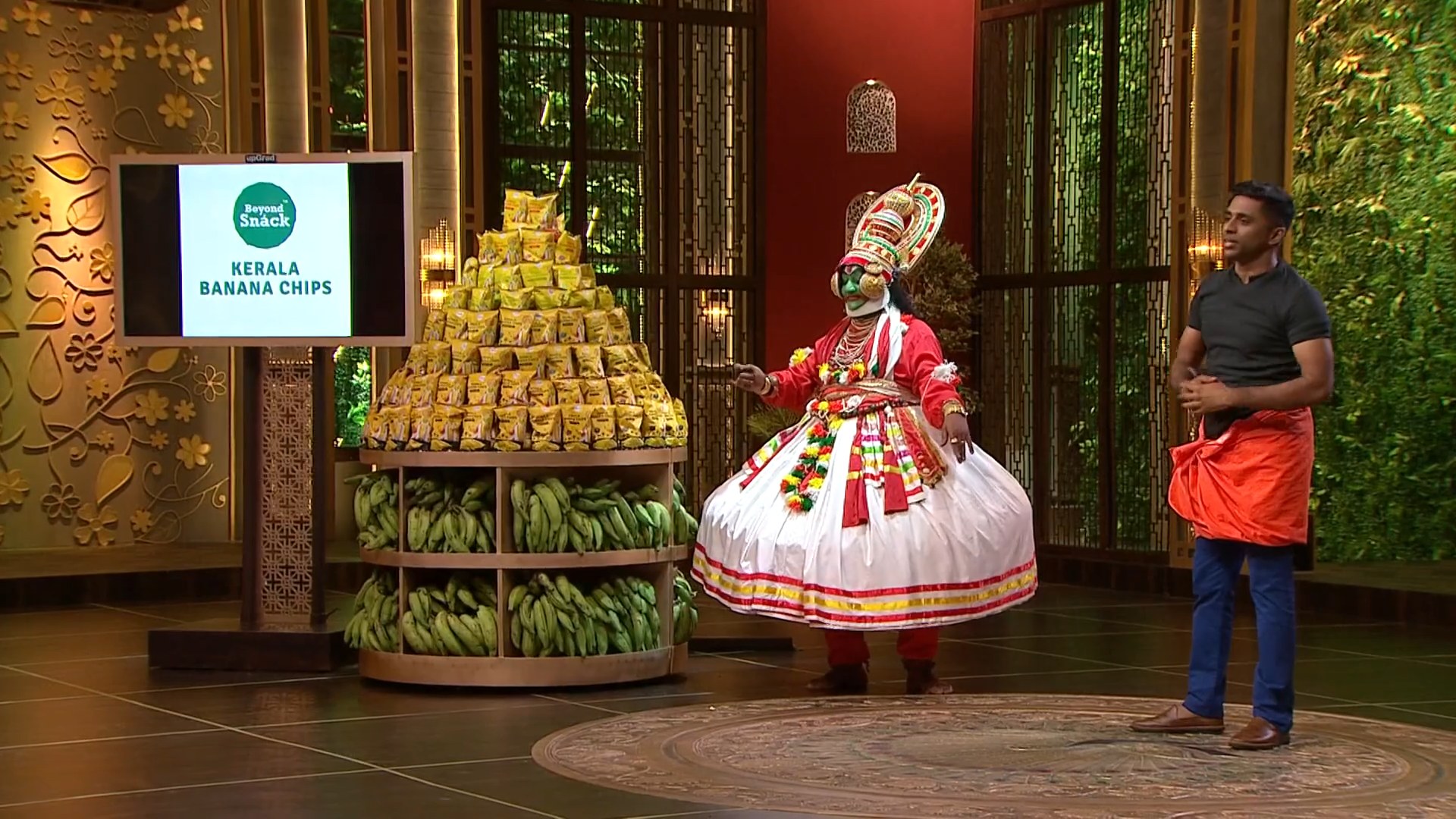 We brought in engaging elements such as a Kathakali artist because we wanted people to connect it with the packaging of our product if they saw it on a retail shelf. We also brought in the Greasy Anna bit for a side of comedy to get more air time. The majority of the questions involving the business aspect were not shown as it may not have been entertaining for the audience.

Beyond the Shelves – Our Marketing Strategy

Impulse-driven purchases drive the food and beverage sector rather than demand-driven ones. This is a case where a potential buyer sees the product on a shelf or online retail and decides to try it on a whim. Therefore, for us, it made more sense to be a digital-first brand on e-commerce platforms such as Amazon or Flipkart rather than spending money on our own website and social media.

The month after we launched, the entire country shut down due to the pandemic. This eventually worked out well for us, as there was no other banana chips company on online marketplaces that offered great quality banana chips. When covid started, people became more conscious about the hygiene aspect of their food, and we stood out as we were a no-hand touch product.

Beyond Today – Plans for the Future

We recently raised a couple of rounds of funding and entered the retail market. We are now present in 3000+ outlets in Mumbai and have even brought in a retail complement product priced at 20Rs.

Our vision is to place a pack of banana chips next to a bag of potato chips on every retail shelf globally. I believe we have the potential to give a big competition to Frito and become a household brand. We began paying attention to the untapped potential of banana chips when no one was and followed it up with innovation to bring out the best and tastiest banana chips in the world. I aim to make Beyond Snack synonymous with banana chips.

NICEorg wishes Beyond Snack best of luck in their journey ahead!