Tagz Foods is an urban GenZ healthy snacks brand founded by Anish Basu Roy and Sagar Bhalotia in June 2019. They introduced popped potato chips to a market saturated with mass-produced fried and baked chips. After a successful Shark Tank pitch (Season 1, Episode 2) that left three Sharks competing to invest in them, they successfully secured funding and have grown exponentially since then.

Follow along our conversation with Anish as he talks about the conceptualization of Tagz and its Shark Tank journey. Read on to find out how they are establishing their brand identity and building a 1000 crore business. They hope to become the fastest food D2C brand to hit this milestone. 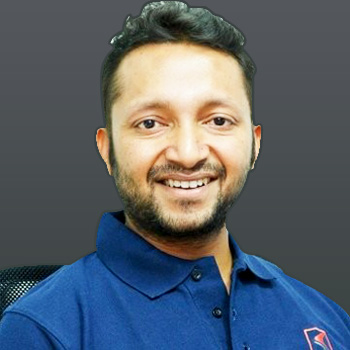 The Reinvention of Potato Chips – How Tagz was Born

Tagz Foods was not born from a Eureka moment. After taking an 18-month break from my first venture-funded startup Shotang, which was a B2B e-commerce platform, I was clear that I wanted to get back into the consumer brand space. I had garnered a great deal of experience in this sector after working with consumer brands like Coca-Cola and Nokia for a decade. I began to look into categories such as innerwear, eyewear, personal care, and more. On researching the food sector, I found a gap that could be met. It was evident that the market was divided into brands offering tasty products and players trying to make healthier products that didn’t end up tasting too good. Furthermore, I noticed that the entire landscape of the snack market was dominated either by players offering mass and legacy brands or premium and unaffordable brands.

After making this observation, I decided to go ahead and craft a brand with an urban and GenZ brand personality with a clear focus on product innovation and cutting-edge food technology. Popped chips had never been done before in India, so we decided to introduce it. Popping is a new technique where the chips are made under high pressure and temperature, utilizing only minimal oil. 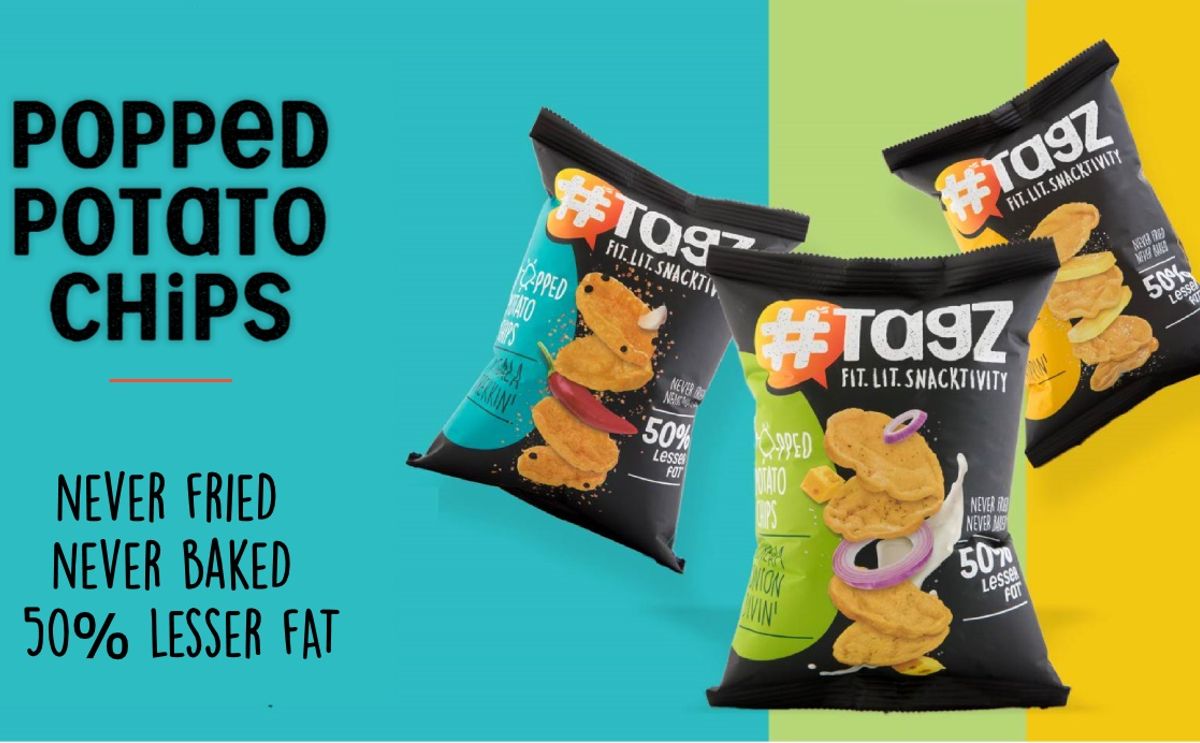 Tagz Foods has a taste-first product approach. However, while doing that, we wanted to make sure the snacks are better for the consumers, as well as sustainable and environmentally friendly. We decided to do a deep dive and focus on four product categories – chips, dips, chocolates, and cookies. These are four of the most indulgent snacking groups and are large categories in themselves.

For the Urban GenZ Snackers – Establishing a Target Demographic

Consumers across the country love their snacks but are also fully aware that the fried chips and cookies they’re having are unhealthy and are constantly looking for alternatives. So we decided to give the India that was hungry for better options, healthier potato chips, and better chocolates in the form of dark chocolate cigars. We’re also on the verge of launching our own center-filled dark chocolate hash cookies. 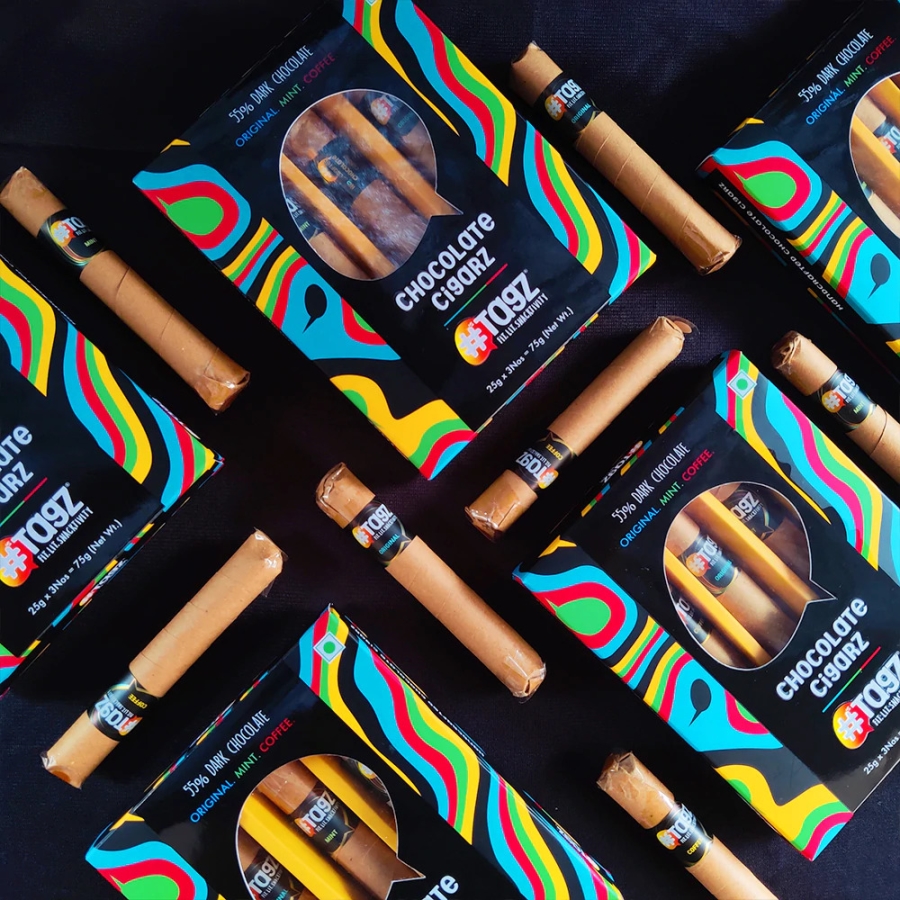 Tagging India with a Homegrown Snacks Brand – The International Vision

I grew up in the 80s and 90s in a brand-starved India. Back then, quality products meant international brands. We eventually reached a stage where Indian companies began launching good-quality products and brands. However, they would still give it very anglicized names like Peter England and Fiama de Wills. I hope to change that.

One of the deep desires with which I started the brand was to take an Indian snacks brand international and build a 1000 crore business.

Doing Away with Oil Shots – The Shark Tank Experience

Shark Tank was a great experience, but it started with some hesitation on my end. At the age of 40, I wasn’t sure if I wanted to be singing and dancing on TV. But eventually, we decided that it was an excellent avenue to help build our business and brand further. Fortunately, the decision played out well for us. Despite being a really young brand, we ended up getting a lot of eyeballs and visibility, which rarely happens to businesses at such an early stage.

We were introduced to the process through some of our investors who told us about Shark Tank coming to India. The process was fairly simple. We applied online, uploaded a video, had an in-person audition, and went ahead to the final round, which was a three-day shoot.

The questions asked by the Sharks weren’t out of the ordinary or unconventional and were pretty similar to the basic knowledge needed to scale up your business. However, they were of extremely high quality, as they came from some of the finest entrepreneurs in the country. In our case, we had three Sharks trying to outbid each other and compete to invest in our company. The audience witnessed the banter only for a couple of minutes, but the competition amongst them lasted about 30 minutes. They also always had clever comebacks and would pitch themselves to the entrepreneurs to let them be part of the journey. While it was a lot of fun, we also learned a lot from them, adding significant value to the process. 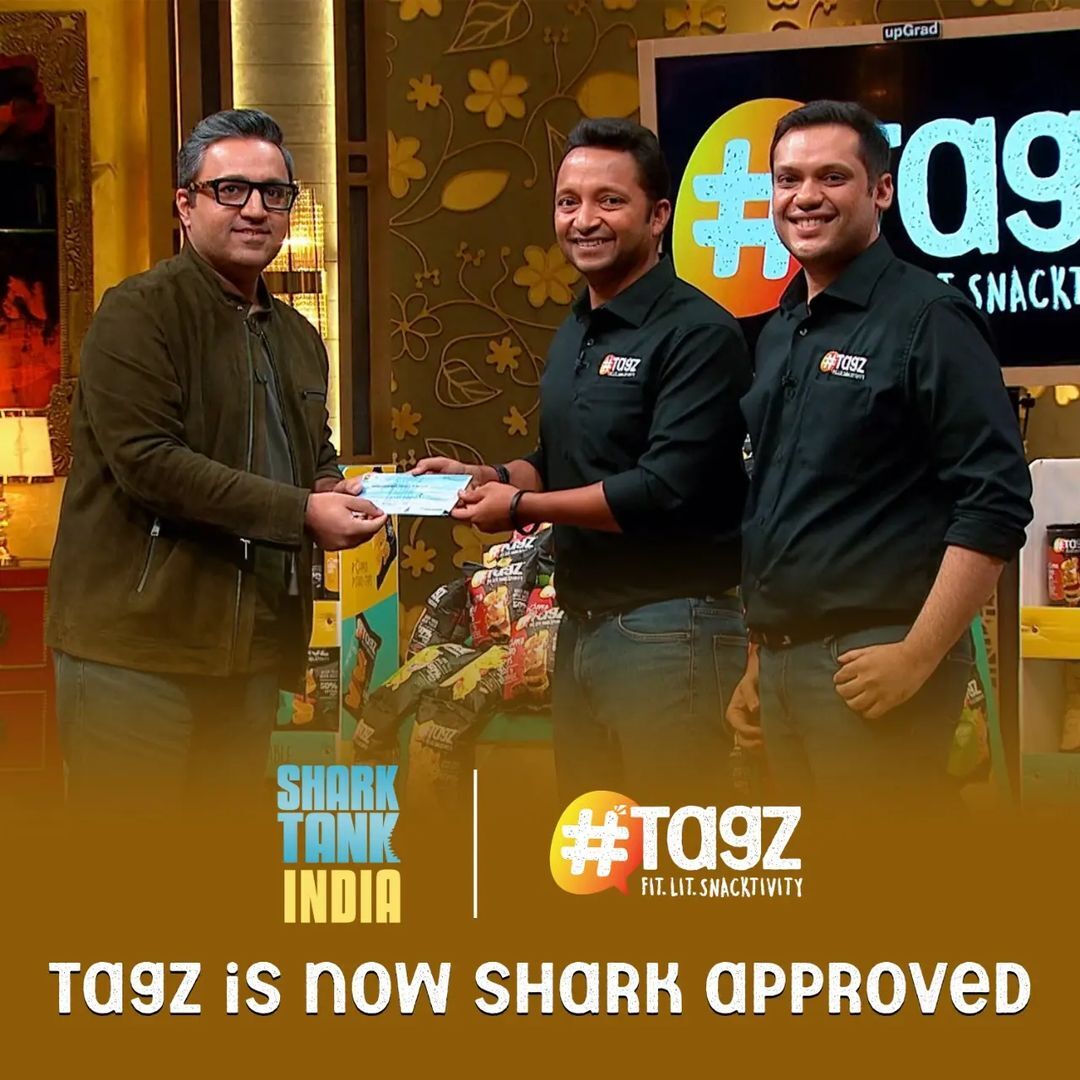 We never really went into Shark Tank with the objective of raising money. Our aim was to give the brand the visibility it needed. Hence we never looked at the pitch as a funding strategy. We were clear that we wanted to use this opportunity to put together the best advertisement for the brand we possibly could. Hence we created a script involving oil shots and talking about the popped nature of our snacks. 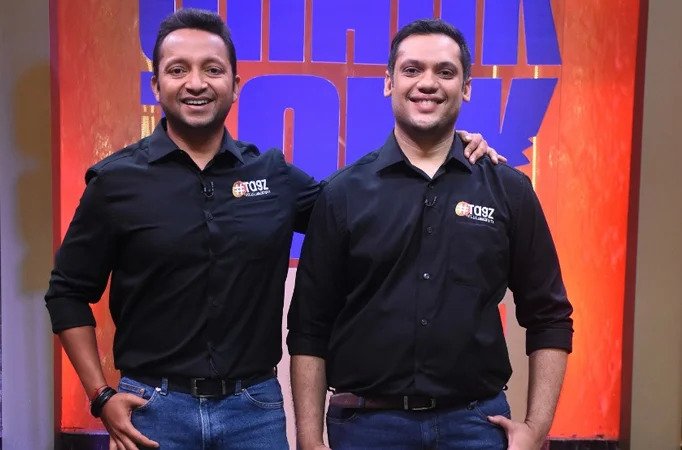 Shark Tank had a good impact on us in terms of numbers and business. However, since we went into Shark Tank at a reasonably mature stage and were already extremely capital efficient,  it did not change the core ethos and principles of the company.

Even after Shark Tank, we were and are a consumer-first and product-first company that focuses on top line and bottom-line growth.

Upgrading the Snacking Experience – The Road to a 1000 Crore Business

Our vision has continued to grow a lot stronger after Shark Tank. Today we can clearly see and anticipate building a 1000 crore business over the next 2-3 years. In the process, we hope to become the fastest food D2C brand to hit that milestone.

The challenges we anticipate are similar to any other business that wants to scale to the 1000-crore mark, but the degree is compounded by the fact that we want to achieve it faster than most of the brands that have done it in the past. These challenges include rolling out products faster than our competition, expanding our distribution, and ensuring that our consumers are always kept at the center of every decision. We’ve mentally prepared ourselves for the fact that if we try ten things, we’ll fail at 9 of them, and this condition makes us better prepared for the road ahead.

To follow along the journey of another cultural enterprise on Shark Tank, check out our #NICEStory on Beyond Snack with founder Manas Madhu.