Network of Indian Cultural Enterprises (NICEorg) is a not-for-profit organization that seeks to harness the economic potential of our millennia-old cultural heritage.

We are believers in the economic potential of cultural and creative entrepreneurs to drive Brand India.

We adhere to the highest standards of integrity and ethics, by conducting ourselves to our code of conduct.

WE ARE NICE PEOPLE 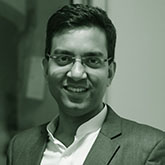 Abhishek has 15+ years of experience straddling FMCG, E-commerce working at Unilever, Britannia, Myntra and Ola. He has also been an entrepreneur setting up a platform to discover experiential travel and food tourism experiences. He is passionate about entrepreneurship and building digital-first consumer brands. He holds an Economics Degree from St.Stephens College, Delhi and MBA from S.P Jain Mumbai. 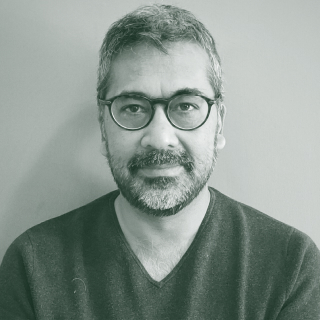 Anchal Jain is the founding partner of Val-More Action Advisory that works with lifestyle and FMCG brands. He is Co-Chair, Creative and Cultural Businesses Programme at IIM-Ahmedabad and a member at Skills Development Committee, FICCI. He was the founder and CEO of Primetex Sarl based in Paris and has successfully built lifestyle brands across the globe. He is today a leading expert in helping companies develop their value creation strategy and has advised top business groups in India and Europe. Anchal is an alumnus of IIM-Ahmedabad. 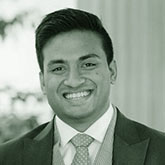 Aniketh has 10+ years of experience, contributing in the growth of 3 growth stage startups, a family office, a global investment bank and through 4 short stints in Venture Capital firms in India, Singapore, the UK and the US.
He is passionate about India’s rich, cultural history and embarked on a 75 day trip across the country to promote all of its UNESCO World Heritage Sites.

He has also been playing Ultimate Frisbee competitively for the last 8+ years, having represented the country too.
Aniketh has an MBA from the University of Oxford. 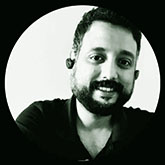 Aravind has over 9 years of experience working with GE, Frost & Sullivan, ANSR Consulting and Techstars in the corporate strategy and innovation space.
Aravind with management consulting experience is passionate about the entrepreneurial ecosystem, corporate innovation and strategy. He also helps startups in their fundraise. 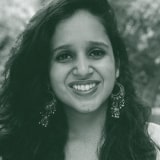 Arunima is Principal at the Network of Indian Cultural Enterprises. Her commentaries on India's soft power and foreign policy have been published on various domestic and international media platforms. She holds a Master's in International Relations from Leiden University, the Netherlands and a Bachelor's in History from Lady Shri Ram College for Women, Delhi University. Prior to joining NICE, Arunima headed the Centre for Strategic and Foreign Relations at Vision India Foundation. 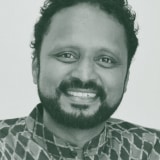 Bala has over two and half decades of global experience in technology & business. An entrepreneur and an author himself, he has founded three startups and is an advisor to many startups and venture funds for over 10 years. He is the Managing Director of APAC at Vista Equity Partners. Prior to this, Bala was the President of Techstars India - the world’s leading platform for startups & innovation. He has also served as Managing Director at Microsoft Accelerator India, Microsoft’s flagship startup program, and held leadership roles at Yahoo, Oracle, and a global management consulting & research firm.

Bala keynotes at events on topics ranging from entrepreneurship, business disruption, innovation, and building startups. He has contributed chapters in the books “Wiley’s Black Book Enterprise 4.0” and “Do More Faster” India edition. Bala also talks about Indian History & Culture in his YouTube channel. He has a MBA from IIM Ahmedabad and a B.Tech from Osmania University. Bala lives in Bangalore with his family. In his leisure time, he loves coding, reading, writing and traveling. 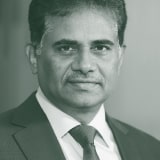 Srinivasa "Srini" Raju is the Chairman of iLabs Group. He is an entrepreneur, investor and philanthropist. He is a Founding and Governing Body Member of IIIT-Hyderabad, IIIT Sri City, Indian School of Business, KREA University and T-Hub. 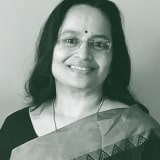 Chitra is interested in all things Indian and enjoys reading and writing. She has been a technical writer, a freelance writer, blogger, professional photographer, content creator, and an architect. She has worked in startups and has also been part of various citizen led initiatives, both in the online and offline world.

She trained in architecture and professional writing. She is an alumna of Mysore University and San Jose State University. 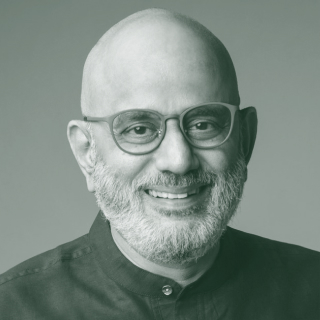 Hari Kiran Vadlamani is a social entrepreneur and the founder of Indic Academy and NICE. 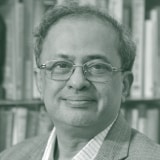 Jaithirth "Jerry" Rao is an ex-banker, entrepreneur, businessman, and author. He is a distinguished alumnus of Loyola College, IIM-Ahmedabad and University of Chicago. 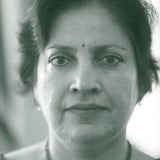 Amb. Preeti Saran is a member of the UN's Committee on Economic, Social and Cultural Rights. She was the former Secretary (East) at the Ministry of External Affairs. She had also served in Indian missions at Moscow, Dhaka, Geneva and was the Consul General of India at Toronto and the Indian Ambassador to Vietnam. 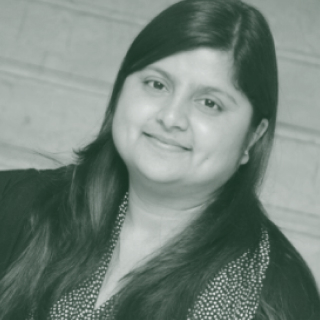 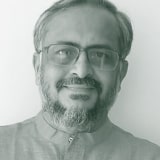 Ravi is the Chief Executive Officer at T-Hub, India’s largest tech incubator, which enables and empowers an ecosystem hungry for innovation.

In a career spanning over two decades, Ravi has been a product engineer, entrepreneur, investor, mentor, and leader. He has co-founded three companies that he led from their inception to their successful acquisitions. As the global director of Microsoft for Startups, Ravi has helped establish Accelerators and Co-sell Programs across the world. He also worked with the portfolio of Temasek funds in Singapore to help them with digital transformation by collaborating with global startups. Mentor Partners, a venture capital fund that he co- founded, invests in product startups from India building for the global market. With a marked focus on creating world class products out of India, Ravi has been actively involved in India's startup ecosystem. By helping create startup density in the product space of Bangalore, Ravi is a key player in its evolution beyond being a hub for services. Besides advising the government of Karnataka, Ravi has also advised other national governments such as Singapore and Malaysia. During his time in Bangalore, he chaired TiE Entrepreneurial Summit (TES), NASSCOM Product Conclave and PAN IIT Conclave.

An engineer from IIT Madras, Ravi also holds an MS, and an MBA from the University of Southern California. Having seen every facet of an entrepreneurial journey, Ravi now spends his spare time amalgamating age-old wisdom from the scriptures and classics with his experiences so one can lead a balanced, and fulfilling entrepreneur's life. 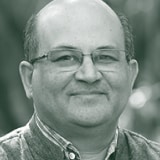 Prof. Rishikesha Krishnan is the Director and Professor of Strategy, IIM-Bangalore. He serves on several committees, boards, industry associations and is the author of two acclaimed books on India's innovation journey. 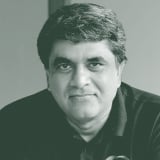 Sanjay Anandaram is a co-founder of NICE (Network of Indian Cultural Enterprises), a non-profit company, that seeks to create Indian soft power through entrepreneurial ventures based on indigenous Indian practices and knowhow. He has over 3 decades of experience as an entrepreneur, investor, corporate executive, teacher, board member and mentor. He is also part of several startups and investment funds.

A passionate advocate of entrepreneurship, entrepreneurial thinking and technology as the means for societal transformation, Sanjay works with several organizations such as TiE, iSpirt, CWE, NEN, IIMB-NSRCEL, and Quinnergy in furthering this transformation. For example, at iSpirt, he was responsible for leading the digital diplomacy initiative that propagated and disseminated the ideas powering India’s pioneering digital platforms to countries around the world. He has written extensively, lectures and teaches on his favourite topic. In 2016, he authored “Startup Mantras” a collection of 100 distilled insights for entrepreneurs and managers. 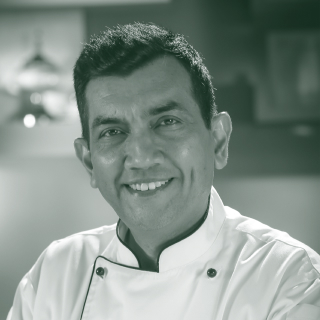 Sanjeev Kapoor is an Indian celebrity chef, entrepreneur and television personality. He has been honoured with the Padma Shri Award and the National award for the “Best Chef of India'' among other national and international accolades. Sanjeev has represented India as a Food Ambassador in many countries including Spain, Denmark, UK and USA. At the World Association of Chefs Societies in South Korea, he introduced the ancient ways of Ayurvedic cooking to the world of chefs. Kapoor hosted the very popular cooking show on TV, Khana Khazana, a name that continues in the food industry through food products and restaurants. 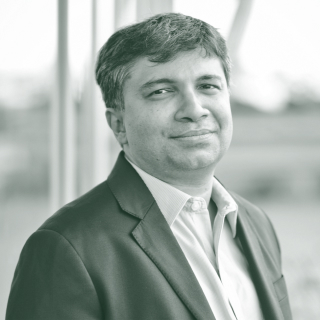 Saugata Gupta is Managing Director and Chief Executive Officer, Marico Limited. Under his leadership, Marico today is amongst India’s 5 Best Workplaces in FMCG as per Great Place to Work® Institute (India). Saugata was ranked #4 in FMCG and #47 pan-India in the Top 100 CEOs list by Business Today-PWC in 2017 and was ranked ‘India’s Most Valuable CEOs by BW BusinessWorld in 2016 and 2018. He was also awarded the Best CEO (Private Sector) at the Forbes India Leadership Awards 2019. 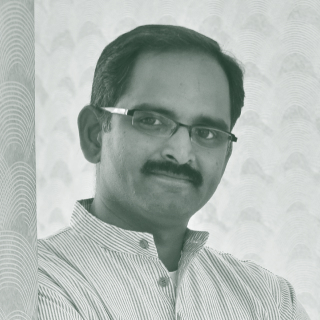 Siva Devireddy is the Founder of GoCoop.com, India’s first global marketplace for weavers and artisans. He strongly believes technology can drive social change and is passionate about innovations that promote social and economic development for the bottom of the pyramid.

Over 20 years of global technology & leadership experience starting his career in the Bay Area. In his previous experience, he was the Director of the Innovation Center for SAP with Accenture in India and played key management and technology leadership roles for multiple global clients. Fellow of Corporate Leaders program at Arizona State University with Master’s in Industrial and Management Systems Engineering.

As founder of GoCoop received Govt of India’s first National Award for Handlooms Marketing (eCommerce) 2016. Was part of the World Economic Forum round table at Textiles India and United Nations ESCAP round table on eCommerce for sustainable development in Bangkok. Siva was recognized as a Champion of Change by Hon’ble PM of India and Niti Aayog in 2017. Siva is a member of the UN ESCAP Digital Economy task force. 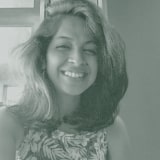 Snigdha is passionate about helping build organizations that support learning, entrepreneurship, innovation and social impact. Previously, she was enabling education, mentoring, networking and funding for startups at TiE Bangalore. She is also a theatre artist and a trained dancer. 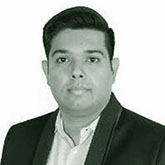 Sulesh is a FinTech consultant at MEDICI. He has been a financial services person throughout with stints at Goldman Sachs and Canara Bank. Off-late, he has been exploring the world of financial technology heading research teams at Tracxn and working on the advisory side at MEDICI.
He has a strong passion for travel and exploring the culinary treats of each region and has completed a trip to visit and promote all the UNESCO World Heritage Sites in India. 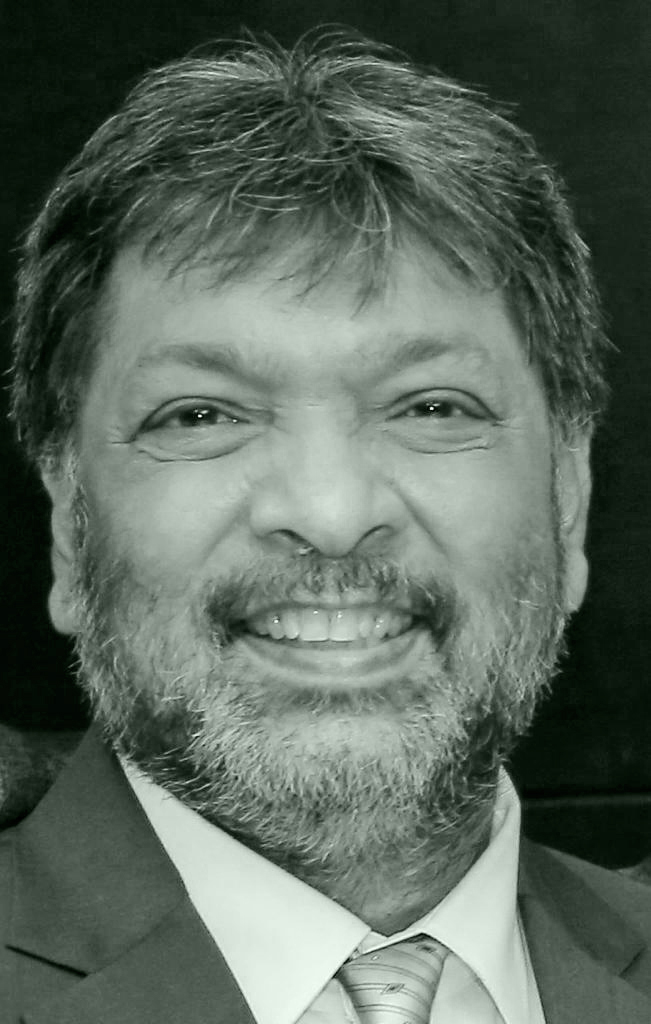 Suresh Chukkapalli, as the Honorary Consul General of the Republic of Korea, Telangana, enables trade cooperation, facilitates economic relationships and commercial transactions between the state of Telangana and the Republic of Korea. Suresh is also the Chairman Emeritus of Phoenix Group, one of the leading infrastructure and property developers, co-Chairman of TERI School of Advanced Studies, HBCC, Governing Council member Rtambhara Wellness, Hon Chairman of the Institute of Directors, Hyderabad, Managing Trustee of the Phoenix Foundation and Trustee of Chukkapalli Shankar Rao Charitable Trust among others. Under his leadership and guidance, a wide range of philanthropic efforts as well as community initiatives are undertaken through the Phoenix Foundation.

He is a Mechanical Engineer from Siddaganga Institute of Technology, Tumkur. 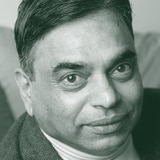 Amb. TCA Rangachari served as Ambassador to Algeria, Germany and France and in other capacities in China, Pakistan and at the UN. He has been a Visiting Professor and Director, Academy of International Studies, Jamia Millia Islamia University, Delhi. He is also associated with institutions and NGOs for combating malnutrition among children in India. 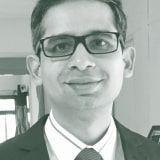 Tejas Dalvi, CFA, is Chief Investment Officer at Cause First Ventures Pte Ltd, a family office based in Singapore. Tejas has 13 years' experience in financial services on both Buy and Sell-side environments. Tejas has extensively invested in public markets as well as Private Equity (PE). Tejas is a member of CFA Institute USA, MBA and qualified CA from India. 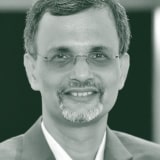 Dr. V Anantha Nageswaran is a member of the Economic Advisory Council to the Prime Minister and former Dean of IFMR Graduate School of Business. He is an author, columnist, visiting professor, investor, and board member of several companies. 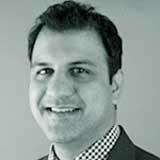 Vidhyashankar is a dual Master's degree holder from BITS, Pilani and an MBA graduate from Cranfield School of Management, UK. He also holds additional advanced certification from Harvard Business School, Yale University and The Takshashila Institute for Public Policy.