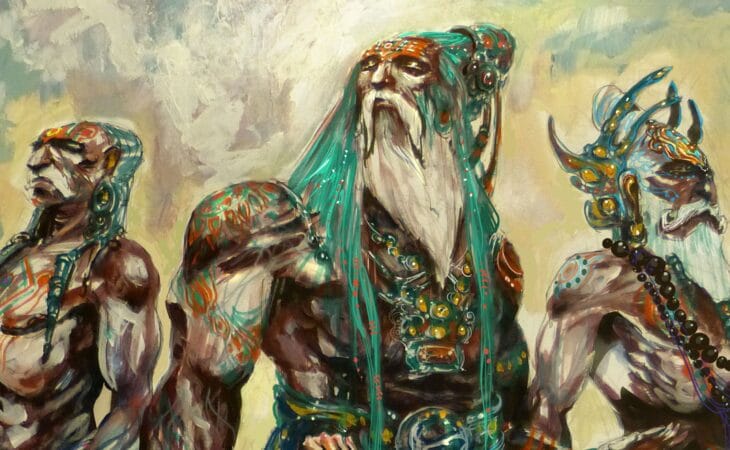 Nagraj, the superhero of Mahanagar, is back once again to save his people from the wrath of Coronaman, who has been spreading the Coronavirus and killing people mercilessly. Nagraj Strikes: The Attack of the Coronaman is the latest addition to Nagraj comic collection, which was first launched in 1986.

Over three decades now, the creative journey of this comic has been as exciting as its stories. In this interview, Manoj Gupta, the owner of Raj Comics Publishing house, and Ayush Gupta share their journey of developing comics as a form of literature, visual arts and entertainment.

What has been the inspiration behind the characters and storylines of Nagraj Comics?

Indian epics and stories come with an underlying message that is very relatable and relevant even today, and they naturally form the basis of our stories. We have been hearing the simple message of ‘good over evil’ or that dharma prevails, since childhood. These messages were conveyed in our epics, and Nagraj comics is an endeavour to carry forward such ideas.

The inspiration for all the characters was taken from the socio-cultural climate of India as well as our ancient history and mythological texts. While, Nagraj is influenced by the Indian epics of Naga traditions, and some characters from stories of Vasus, Super Commando Dhruva was given the backdrop of a Circus as it was a golden age of Circuses at that time and people were fascinated by them. We also try to bring in new elements to our characters. Our recently released series – Doga Reborn is more relatable to the younger generation where the more technologically advanced and thinks like the newer generation. Comic characters and stories will always keep on evolving with time.

What led you to write Nagraj Strikes: The Attack of Coronaman?

Our stories are also topical and contemporary. The idea of releasing The Attack of Coronaman was to spread social awareness about this crisis through comics. We felt that if Nagraj gives the message to children to maintain social distancing and follow health norms, they will abide by it more.

It was the fourth day of national lockdown and instead of receiving memes and Tik-Toks, we received PDFs of older issues of comic books of Nagraj, Super Commando Dhruva as well as Chacha Chaudhary. Soon we discovered that these were getting viral all over the net and that’s when we thought about sending a positive message through the medium of a short comic book. We immediately set to work. While it was a slight challenge preparing this issue working from home, we managed to get it done in about 72 hours. In a way, it is the fastest comic book we’ve created at Raj Comics.

What makes the superhero narrative attractive to the readers? Do you think superheroes can become cultural icons of their countries?

When people look at a comic book page which has a green-skinned superhero, using unreal powers but standing in a familiar Indian surrounding, they automatically connect with the character. This effect of Indian Comics was not only limited to India but to the entire Indian subcontinent. During the golden age of comic books, many people in the non-Hindi speaking belts of India as well as Nepal and Bangladesh would especially learn Hindi to read Raj Comics. Some non-Hindi speaking people would even learn the language by reading our comic books as I was told by a few locals during my visit to Gangtok. However, the popularity of Indian comic book is still limited within India and its neighbourhood.

America and Japan are two countries which have been remarkably successful in spreading their culture across the globe and popularizing their characters as global cultural icons. There is a lot to learn from these two countries for creative industries across the world. However, I also feel that India is one of the few countries which have their superheroes. And Indian superheroes are not animated or a product of one person’s creativity. Our superheroes are amongst the oldest and real characters who once existed on this land. Comics like Nagraj and Amar Chitra Katha are efforts to retell these superhero stories in a comic-book form. People would associate more with superheroes of their countries and familiar contexts rather than those taken from different cultures. We need to learn and work on making our superhero narrative more entertaining and engaging. It has been three decades and involvement of three generations that has kept Nagraj alive in the hearts of its readers. How has this journey been since the very conceptualization until now?

My father, Mr Rajkumar Gupta had been in the book publishing industry since the year 1962 which is why, growing up, my brothers and I were always surrounded by books. When we were teenagers, we were particularly fascinated by comic books. Amar Chitra Katha were my personal favourites back then and I have read over 500 of them. I also used to frequently travel to the Red Fort Book Market (called Chor Bazaar at that time) in Delhi and look for western comics like Top Secret Picture Library, Commando and many others. By the 80s, we had decided to create comic books of our own. We started by creating mythological and fantasy tales. While most of the Indian Comics were centred around mythological or comedy stories for kids, India still needed an original indigenous superhero.

We released several superheroes which received a positive response but they did not have a significant impact over the audience. After brainstorming for a year, we finally came up with Nagraj in the year 1986. The objective was to create a superhero with a unique power, a hero who could stand toe to toe with the western counterparts and more importantly, a superhero which would be relatable to the audiences because of its roots in ancient texts and traditions. And it worked. Nagraj immediately became a widespread success across India. Since 1986, we have been regularly publishing comics, even though the readership has declined substantially in the past few years. We want to keep comic art as well as the love for Indian superheroes alive.

Ayush Gupta is from the third generation of this family enterprise. He says “I am proud to be born at a time when people would flock the book fairs and raid the bookstands to grab their favourite books and comics. Fast forward to now, people flock to Netflix to binge-watch their favourite shows, which, like before, is also a good thing. Art, be it in any medium, is always enthralling. The market demands for the comic industry are at a very challenging stage. While the demand for comic books is not as much as it used to be in the golden age, the demand for stories will never fall. We will continue publishing comics.”

How can Indian comics be promoted as a form of literature and visual arts?

Indian literature and arts are extremely rich and a repository of creativity yet our arts do not enjoy popularity like the western arts do. We need to create an ecosystem where the artists present their arts to the audience in a manner that people feel proud to associate with it.  We need more platforms for promoting comic arts at various levels. Like the National Book Trust organises book fairs in small cities, there should be workshops and seminars for comic writers and artists as well. Children are fond of reading comics and these stories remain in their subconscious memory. By imparting meaningful learnings, or “moral stories” through comics, children can especially learn a lot. We also feel that comics should not be restricted to one language. All our 4000 books have been published in Hindi and a few of them in English, Tamil and Bengali. The fondness for comics crosses all language barriers and can integrate the community of readers across different states, leading to some sort of cultural cohesion.

Comic art has also held an important space in the journey of many graphic and visual artists, as many would begin their career with comic illustrations. Raj comics, which has so far printed 15 lakh art panels, is a library of comic art in itself and we have always encouraged and supported new artists to contribute to our work. When it comes to Indian stories, there are plenty which hasn’t been properly adapted into mainstream media yet. Be it the literary geniuses of Premchand, or the indigenous comic books of India.

Adding to this, Ayush said “that if Indian Comics were to be adapted as live-action films or television series these would go on to break all previous records and establish a genre of movies which has previously only been scratched upon the surface. I believe it is the best time for this as now the industry and the audiences are ready for this, more than ever.” We are positive that in years to come, even our indigenous arts would cover the globe if the Indian entertainment industry plays its cards right.

In times when content creation is diversifying across platforms and comic readership is gradually declining, what is the future of Indian comic publishing?

Indian Comic Book is an art form in itself and it must live. And it is, for this reason, we continue to publish new comics regularly to preserve Indian comics. Since there’s a growing demand for content now, more than ever, the future of Indian indigenous stories, in general, looks bright.

It’s true that the market for the physical comic books has significantly contracted, there will always be a niche audience that will appreciate the charm of reading a paperback over a Kindle edition. The paperbacks also have that feeling of nostalgia attached to them. Nevertheless, in all practicality, in order to sustain the comic book industry, it is essential to move to the digital platforms while fuelling the industry by adapting the characters into other mediums such as animation and live-action. We have digitalized some 2000 comics, all of which as accessible through an android app, to cater to the online readership. We do see the trend changing and more and more people reading Nagraj.

The special edition work, The Attack of the Coronaman can be downloaded here: https://www.rajcomics.net/

The story originally appeared in SoftPowerMag